Barbara Hess started riding bikes when she was four-years-old in Cincinnati, Ohio. The mobility and freedom offered by bicycles appealed to young Barbara immediately. "You ride because it's fun, not because you are a boy or a girl," said Hess.

This mobile freedom fostered a competitive streak within Barbara. She competed in her first triathlon in 1991. She logged countless miles since and earned the Ace Challenge (riding 100-miles under five hours) in every Tulsa Tough, 2013-2018. In 2013, the Ace Challenge was 127-miles and she completed that route under the six-hour requirement. In short, once Barbara sets a goal, it gets done.

While logging those miles, there are countless conversations when you ride in groups. It was one of those spontaneous conversations where Barbara spoke with her 36P teammate, Lucky Lamons. Mr. Lamons is the former President and CEO of The Foundation for Tulsa Public Schools. Lucky mentioned there was a new program called, "Bike Club" beginning at Robertson Elementary. It was an excellent mentorship opportunity to help Tulsa children become more comfortable on bikes, he said. The volunteer opportunity, however, was once-a-week after school. Team 36P created a rotating schedule to accommodate those working to minimize the impact on volunteer's work hours.

Additionally, Barbara works as a Senior Investment Management Consultant with Morgan Stanley. Morgan Stanley saw the benefit of giving back to the community and encouraged Barbara's effort to improve the lives of children in her community by doing what she loved — riding bikes! "There was no reason not to get involved," said Hess. 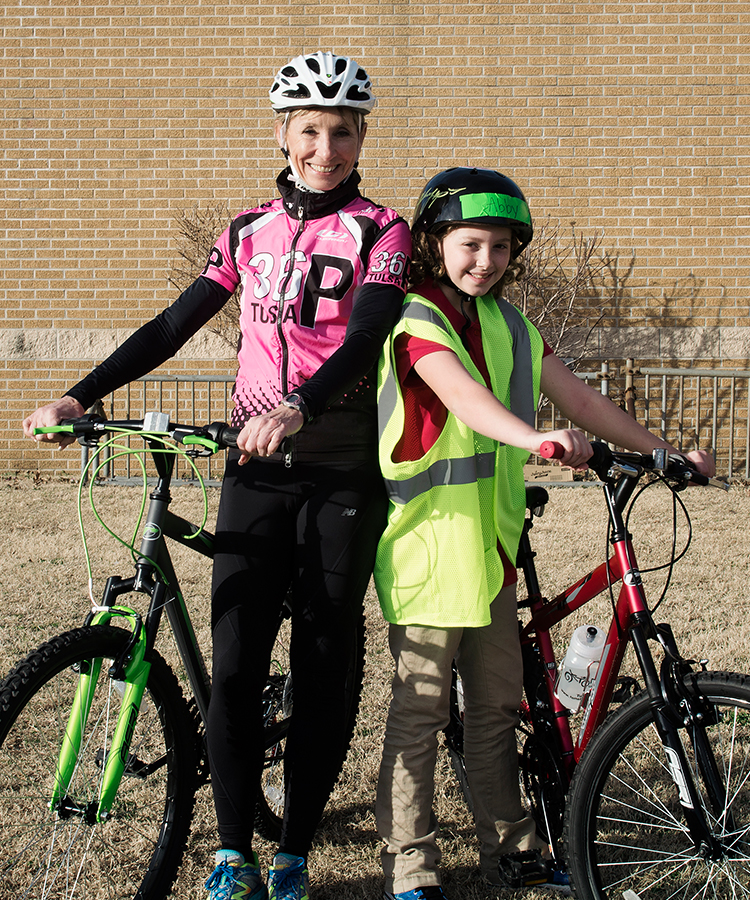 Now Barbara along with her 36P teammates are in the fourth year of their successful partnership with Robertson Elementary and its supporting teacher, Heather Spradlin.

But it is not just about the bikes for these young people. They also have a chance to see professionals, giving their time and mentorship. Girls get to experience other women as role models. Her students once saw her in her professional clothes. "They were, 'whoa'," laughed Hess.

"[Cycling] isn't only for people that race in 100-mile challenges, many people enjoy recreational rides — you can have fun on a bike at any distance," added Hess.

Barbara says cycling can be daunting for women and girls. "Riding with other women offers guidance and confidence when it's maybe a little intimidating for them." Now there is a recognition for the children at Robertson, especially the young women. "Girls want to ride with me in the groups," said Hess. "There is that connection, 'Hey, you're a girl too!"

Bike Club exists for all children and fosters that connection between volunteers and students. When speaking with Barbara, the pride she has in her students and her 36P volunteers is easy to hear, "It is not just something boys do but something girls can do as well," said Hess. "ALL KIDS can have the freedom to ride a bike."