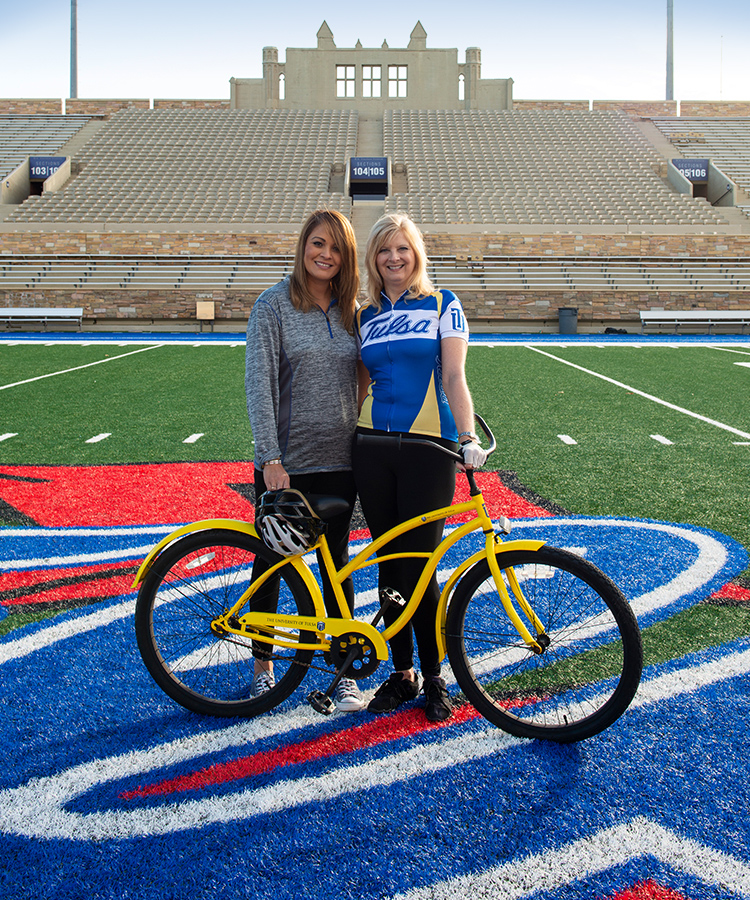 Bike Club has been a part of Kendall Whittier Elementary and the surrounding community for three years. Its success is largely due to the partnership between the elementary and the University of Tulsa and the Tulsa University TrueBlue Neighbors Program. The nexus of this partnership are the volunteers Tawny Crone, Program Coordinator for the Business Career Center at the University of Tulsa, and Olivia Landrum, the TrueBlue Youth Mentoring Program Director for Kendall Whittier Elementary.

The students are chosen for Kendall Whittier Bike Club through teacher referrals. Some students may need help with attendance or some may be struggling with the grade level, so Bike Club selects those kids as an incentive. "If you come the school every day," said Landrum, "you can be in Bike Club. It actually helps," Landrum pauses, "It helps a lot."

"Bike Club It has been a blessing for many, many kids," said Landrum, "We have over 20 kids that did not know how to ride a bike. Now they have gained self-confidence. They have learned how to ride and we are very happy for that."

"It's a big benefit for our kids," added Landrum. "They truly gain confidence. Not just on the bike but they gain self-confidence in school: grades and attendance."

Tawny Crone organizes the volunteers for Bike Club. She gets as many volunteers as she can for Kendall Whittier to teach students about bikes and bike safety. She pulls from the community and from the University of Tulsa through the TrueBlue Neighbors Program.

"I have been riding a bicycle since I was 13-years-old," said Crone, "Bikes are a part of my lifestyle and I love teaching these students here at Kendall Whittier how to ride a bike and how to be safe on the roads."

The excitement Kendall Whittier volunteers have for bicycles and students is contagious. "They [students] might walk into it a little intimidated but it's always a boost to their morale when they can get on a bicycle and learn something new and be able to use it for transportation," said Crone.

To illustrate the impact Bike Club has upon the lives of Kendall Whittier students and how much they value Bike Club in their lives, Landrum recounted a story of a child (referred to as Mary for privacy) from 2017-2018 school year.

Mary, a Bike Club student, had a stroke during the night. Mary was rushed to the hospital and underwent and emergency surgery. "The next morning after the surgery," said Landrum, "the little girl opened her eyes and asked her mom, 'Am I going to be okay to go to Bike Club?'" 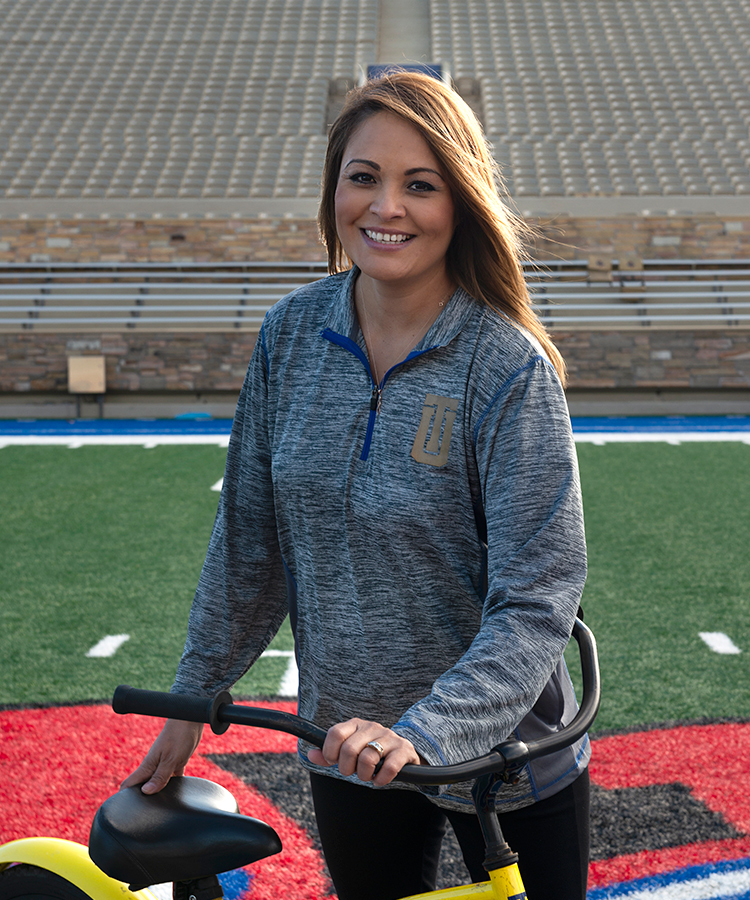 Landrum went to see her at the hospital. Mary said it again, "'Miss Olivia, I want to be in Bike Club. I don't want to miss any class.'"

Landrum told her, "That's okay. You will be okay. Your bike is still there. We are going to wait for you."

After Mary was home, Mary was bed-ridden for some time. She was not able to attend school. Mary missed her friends. She missed Bike Club. "She was really down," said Crone. Mary could not make Bike Club.

So, Bike Club came to Mary.

The Kendall Whittier Bike Club got on their bikes and rode their bikes to Mary's house. "It was a truly exciting experience," gushed Crone, "When we showed up on her porch, all of us. It just thrilled her that we would come by and see her and cheer her on!"

Landrum reports that Mary is still in physical therapy and is getting much better.

But this story is not unique says Landrum. "We have another student who is fighting cancer and this is her second year. She is still fighting."

"They were both so worried about this club," Landrum added. "It keeps them fighting to get better every day."

Crone said at the end of the year, Bike Club students get to keep their bikes. "Every student gets to take their bike home. So these two got their bikes."

"You would be amazed at how many lives are touched by Bike Club," said Crone.

Both of these volunteers see what is at stake every day. They know how much Bike Club means. "Bike Club is growing," said Crone. "Every year we are adding more schools to the organization. It's exciting to be able to share this with people.

"So hopefully," said Crone, "we will continue to get more volunteers and people will get involved."

Please follow this link to learn how you can make a world of difference in your community by simply doing what you love: riding a bike.