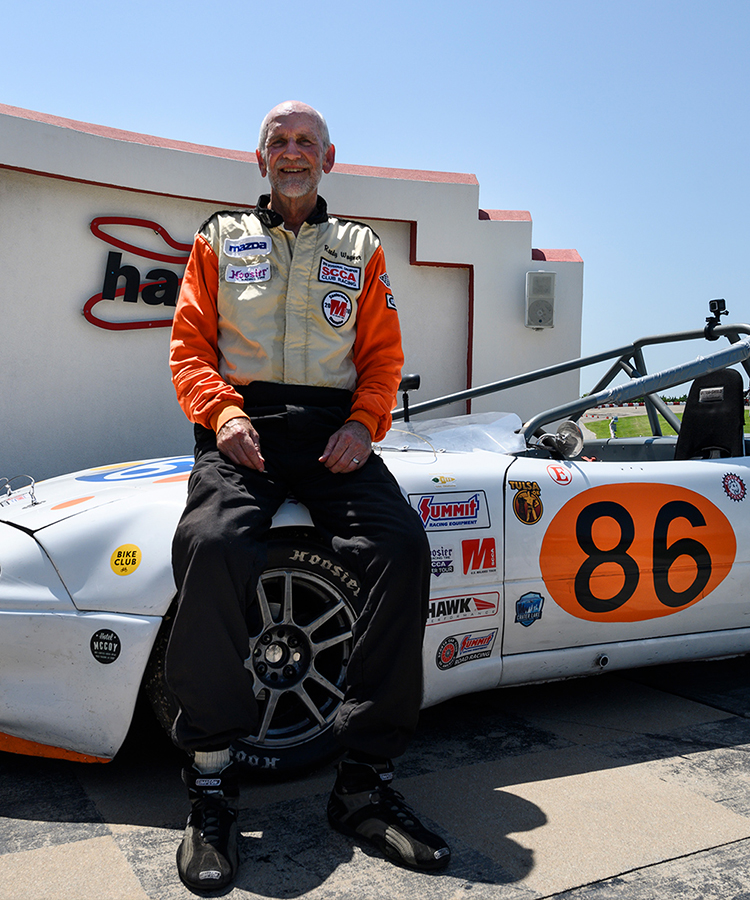 Randy Wagner has a pretty cool way to connect with kids at Bike Club. It is almost not fair.

Volunteering with children can be intimidating. Adults can find it difficult to find things to talk about with younger people whose interests include the last Marvel movie and the next Marvel movie.

Wagner's secret? "I've been racing cars for 40 years," said Wagner. "Probably a whole lot of people I ride bikes with don't know anything about the car and vise versa.

"I have shown a picture of the race car to the kids," added Wagner. "They think that's pretty cool. Because I am just an old guy otherwise," Wagner laughed.

The truth is Randy Wagner comes to volunteer for Bike Club naturally. He has eight grandchildren and a calm demeanor that is welcoming and engaging. He fit right in when he started working with Bike Club four years ago at Cooper Elementary.

"I love it! That's why I do two schools now," exclaimed Wagner.

"I do Cooper [Elementary] on Tuesdays and Kendall-Whittier [Elementary] on Fridays. I just have a good time with it. I like getting the kids out on bikes. From an activity standpoint and getting kids out there on bikes, they realize, ‘Hey! We can go places on our bikes! We don't need our parents to take us.'"

After retiring as an engineer for Crane Carrier, Wagner has been a prolific volunteer for Meals on Wheels, Reading Partners and Revitalize T-Town ("Like Habitat for Humanity except for building new homes, we fix old ones. My wife calls it, ‘old guys swinging hammers'," laughed Wagner.). 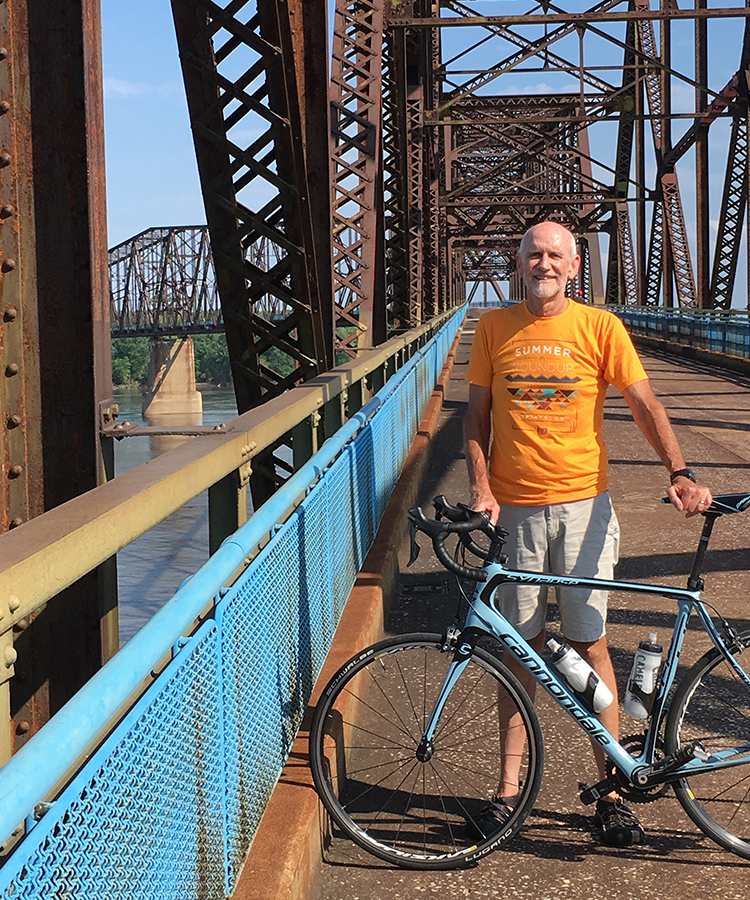 Randy felt fortunate and enjoyed his good health so he looked for these avenues to give back. "I knew I was going to give back," explained Wagner. "Bike Club is one way to do that. It's just so much fun. You get the good feeling of helping. But in the case of Bike Club, maybe not as much as other ones, it's just so much fun to do," said Wagner.

"It's a lot of fun getting out there with 10-year-old kids and riding bikes."

Wagner and Bike Club teach safety and bike handling. But it also gives the children space to change.

Bike Club opened Wagner's eyes at the transformation that takes place for many of these children. From the first day of the Bike Club year to the final day, these kids make a huge leap in confidence and ability.

"We have had kids that did not know how to ride a bike at the start of the year," explained Wagner. "One in particular, you just didn't know if he was going to ever get it. He was so nervous and cautious. He just couldn't do it. He would struggle and struggle and struggle. We just kept working with him and encouraging him. He was very determined."

Even as Wagner explained this story, you could hear the concern he has for these kids. Wagner's concern is palpable as he details the struggles of his Bike Club student.

"He finally started doing it," said Wagner. The concern shifts to pride in Wagner's voice as he describes what he witnessed.

"He ended up by the end of the year doing the Tulsa School Pride Race 5k Run and Ride downtown. It was great to watch him develop and to get the confidence," said Wagner.

Wagner goes right into another success story. "We had a girl at Kendall-Whittier the same way, very timid and scared. Literally, would almost get sick before Bike Club from being nervous. We watched her develop and was able to ride with everybody else by the end of the year." 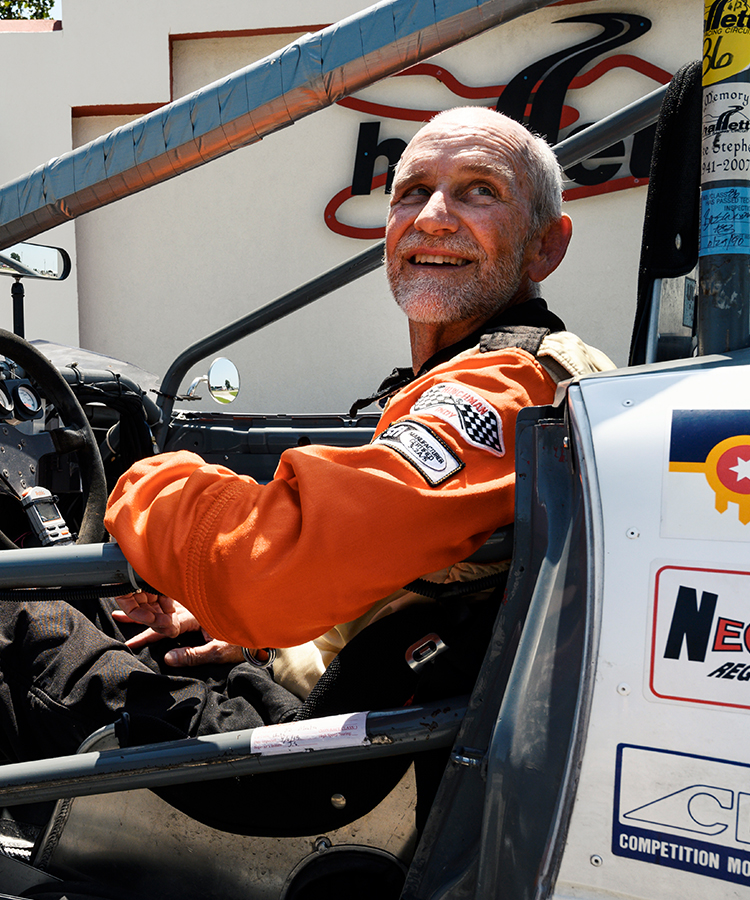 The joy Wagner gets out of Bike Club is contagious. He now recruits volunteers with zeal usually reserved for preachers.

"I just got a new volunteer yesterday," said Wagner.

It is not a hard sell for Wagner. It is simply communicating the joy he finds in Bike Club.

"Without pressuring them, I am trying to get other people to do it by telling them how much fun it is."

Then he tells another story about recruiting his neighbor for Bike Club.

"I know that is one of the biggest issues with Bike Club, just getting volunteers," said Wagner.

"So many schools want it. So many kids want to do it. You have to have the volunteers. Hopefully we can get more volunteers and keep growing."

Wagner explained that more volunteers are needed at the beginning of the Bike Club schedule. "Some kids are learning how to ride bikes while some are ready to go. Most are great and sometimes you have one or two that need a lot more time than the others." Making those initial connections at the first Bike Club can be tough. But ask Randy nicely and he might let you take a picture in his race car to show the kids.

"If you zoom into one of those photos," laughed Wagner, "there is a Bike Club sticker on my car. Just something I have been doing a long time, something I enjoy."