Scott Stinson works for QuikTrip as a Client Technology Engineer. Part of QuikTrip's community efforts include allowing employees to volunteer 16 hours a year. After one year volunteering for Bike Club, Stinson knows what is at stake. "It's nice as an individual and as a company to interact with our future." Allowing Stinson to volunteer puts Quiktrip at an advantage. "It gives these kids, our future clients, employees and vendors, insights into our company."

When you were a kid, remember how big the world seemed? Bike Club helps make the world a bit smaller for kids in Stinson's Bike Club at Salk Elementary. "The Bike Club kids know the manager at our [QuikTrip] store near Salk. He's a volunteer for Bike Club," said Stinson. "They know the guy behind the counter. It's cool for a kid to know people."

It's important for Stinson and his colleagues to interact with kids from Bike Club. These are two spheres of people who would never normally meet. Bike Club bridges that gap between Tulsa's professional communities and young minds. Said Stinson, "They get to interact with adults and professionals they would not have normally interacted with." 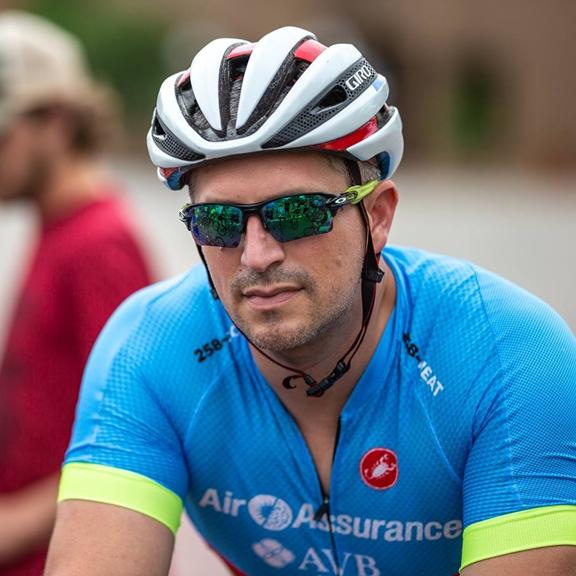 Bike Club is much more than an excuse to leave work early once a month for Stinson. Stinson involves his own family in volunteering. He introduced his children to his Bike Club kids at Salk. "It also gives my kids an interaction they normally would not get. As a family, we can spend time together and volunteer together," added Stinson, "It's nice to be able to give back as a family."

Stinson and QuikTrip know there are challenges. "Volunteering every week can be hard," said Stinson, "my volunteer time is once a month. I skip lunch and cut out a little early on Tuesday once a month. It works out great."

It also works in the long term for Stinson and QuikTrip. "Building on what our future is going to be," said Stinson, "It's important for what we become."

Be involved in our future by volunteering for Bike Club. Find out more here.